Doctor DC Podcast | There is No Limit to Savagery
482
post-template-default,single,single-post,postid-482,single-format-standard,qode-quick-links-1.0,ajax_fade,page_not_loaded,,qode_grid_1300,qode_popup_menu_push_text_top,qode-content-sidebar-responsive,qode-theme-ver-11.1,qode-theme-bridge,wpb-js-composer js-comp-ver-5.1.1,vc_responsive

There is No Limit to Savagery 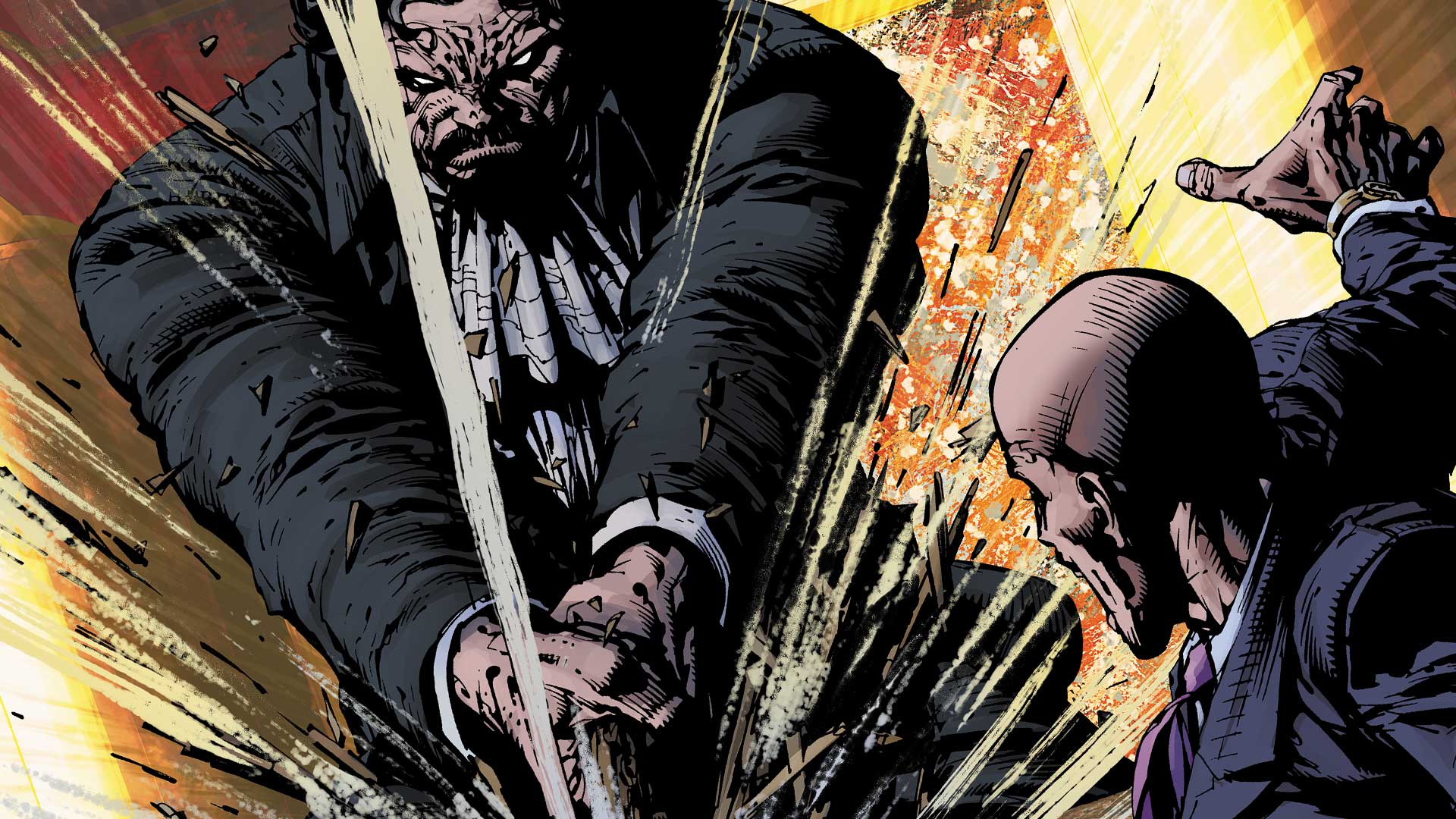 04 Dec There is No Limit to Savagery

What is the true limit of human potential?

This question is both exceedingly vague and nearly impossible to answer. The measure of potential in itself is an abstract concept and so one would first have to define exactly which human potential is to be measured? Certain physical characteristics – height, weight, strength, stamina, etc. – have estimable limits. There will always be statistical outliers, of course, but as a rule those physical parameters are so well understood physiologically and genetically that the estimated limit would serve as a solid guideline.

Other human characteristics are not so easy to define. Ingenuity, charisma, and intellect are considerably less concrete and therefore much less tangibly measured. And even if one manages to determine a relative spectrum on which each can be judged, it is one thing to say X is smarter than Y; it is another entirely to say that no one will ever be smarter than X. These immeasurables are made even more complicated when one considers that, over the course of human evolution, brain function, cognition, social behaviours, and many other traits have only developed and grown in complexity. Human potential, therefore, is constantly shifting, and none of us live long enough to test its limits.

But for supervillain Vandal Savage, living long is the least of his gifts.

The immortal Vandal Savage – Who’s Who in the DC Universe #4, DC Comics

Vandal Savage has lived for nearly as long as humanity itself. Once a prehistoric human known as Vandar Adg, he bore witness to a meteor impact and, bathing in the warmth of the meteor’s radiation that night, awoke to find that his intellectual development had been fast-tracked, giving him intelligence superior even to that of a modern human. He would use his superior intellect to assume control over his tribe, only to discover at a later date the true power of the meteor’s radiation. Vandal Savage cannot die. Not only does he remain eternally youthful, there is no means by which he can be killed or destroyed.

Unable to die, Savage has existed in every subsequent era of history, travelling the world and mastering skills in innumerable academic and practical disciplines. In fact, it can be assumed that Savage has applied his genius-level intellect to learning all disciplines of science, medicine, and mathematics. He is exceptionally well-read in literature and philosophy and possesses a vast and detailed memory of historical events. His incredible breadth of proficiency applies equally to the field of combat, in which he has not only mastered several forms of hand-to-hand and weaponed combat, but has also developed several styles of his own. Furthermore, over his long life he has frequently found himself in a position of military power, becoming a master strategist and tactician far superior to even the likes of the Batman.

Added to his powerfully charismatic and commanding personality, his skills have placed him in several positions of power throughout time. Over the course of history, Vandal Savage is said to have been Alexander the Great, Genghis Khan, Julius Caesar, and Vlad the Impaler. In the modern age, Savage has been an enemy of the Justice Society of America, the Justice League, and the Teen Titans.

By his very existence, Vandal Savage appears to represent the answer to that impossible question of human potential. His tens of thousands of years of life have allowed him to amass more knowledge, skill, and expertise than anyone else in not merely a few, but all disciplines of human discovery and exploration. He is a master of languages, math, politics, war, science, etc. because he has had the time to devote himself to all of his many and varied pursuits. And unlike his archenemies – the Immortal Man and later Mitch Shelley, the Resurrection Man – he has lived all those years in the exact same human form, untouched by death and unaided by superpowers. In this way, Vandal Savage seems to stand in as the mythology’s benchmark of all that a human can possibly achieve or be.

But if Vandal Savage is to represent the very limit of human potential, then there is a dark moral to be drawn from his mythology. For all of his positive traits – his determination, his inquisitiveness, his desire for knowledge – it cannot be overlooked that he is nonetheless a supervillain and not a hero. Every laudable aspect of Savage can be countered with something disturbing, and for all his many years of life and learning one of his most defining characteristics is his violent and bloodthirsty nature.

The Spectre at the mercy of Vandal Savage as Cain – Final Crisis: Revelations #3, DC Comics

In every era, in every civilization, Vandal Savage has been in the business of conquest. For much of the history of the ancient world, Savage himself was the men we know as the most notorious dictators, emperors, or warlords of that time, but even in more modern times he remained a threat to freedom and peace. Though less in the spotlight than in the past, Savage has been a military or political advisor to Napoleon Bonaparte and Adolf Hitler. Indeed, it seems that his motivations are not aligned with any one political or moral philosophy, nor are they for wealth or power, of which he already possessed vast amounts. The only commonality between his various “lives” is his desire to conquer – to breed death from the waging of war.

There has been little change in this regard since his days as Vandar Adg. In fact, one of the only things to have remained unchanged about Vandal Savage is that, just as before the meteor fell, his belligerence and violence are defining characteristics. As leader of the Blood Tribe, he warred constantly against his rivals in the Bear Tribe, from which would hail the Immortal Man, changed by the very same meteor. In fact, the Cult of Crime viewed Vandal Savage as the first criminal, Cain, the son of Adam who committed the first act of murder. Savage himself would come to believe this after being pierced by the Spear of Destiny.

Where the mythology appears to point is obvious, if not disappointing. In essence, it proposes through Vandal Savage that there is in fact a limit to human potential, and it does not lie in our physical or intellectual ability. Even if one managed to learn and achieve all that there is, there will always be more that has yet to be discovered or realized. We may grow taller or shorter, fatter or thinner; the colour of our skin or the amount of hair on our bodies may change. But through all of that, the only true human limit is in our moral potential. What the mythology of Vandal Savage makes perfectly clear is that there is a limit to human goodness. Knowledge is power and power corrupts. And though there are certainly those strong enough to remain good in spite of that power, there will always be those who succumb to its evil and therefore there is a limit to how good humans can be as a collective.

There is, however, no limit nor end to human savagery.

@DoctorDCApr 22
The official policy of The Doctor DC Podcast is to support the casting of @Gabrus as Hercules in the MCU! Cc:… https://t.co/PkYJrBec1I