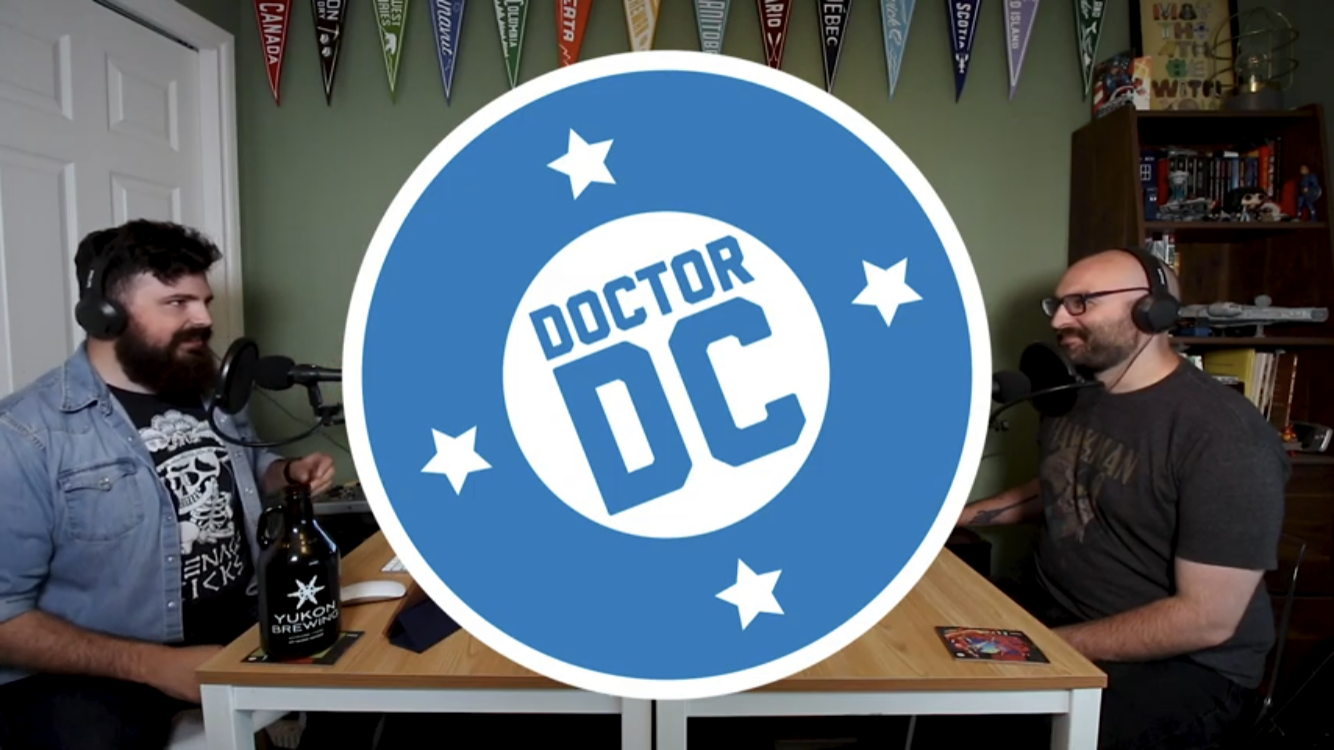 Have you ever had a question about why a character doesn't kill? Or whatever happened to that weird villain I once saw? Each week we answer questions from listeners like you!

We talk about all the latest announcements, rumours, and gossip from the comics, movies, and TV shows that make up the DC Universe!

Subscribe to us on Apple Podcasts, Google Play, Spotify, Soundcloud, Libsyn, or wherever you get your podcasts! Don't forget to rate and review!

We talk about the wonderful world of DC Comics

Born of two geeky parents, Doctor DC’s fate was sealed when he was given stacks of his father’s Silver Age comic books. Since that time, he has been on a quest to consume all of DC Comics lore and to share that knowledge with anyone who will listen.

Producer Richard grew up as an unaware nerd. Subscribing to computer and video game magazines, summers reading fan fiction and Star Trek novels. His knowledge of DC is broad, he loves the movies and TV shows, and his love for comics is growing with each episode and issue.

Beauty is in the eye of the beholder. Not only has Producer Richard beheld the physical beauty of Josh Gill, but Josh has beheld the beauty of DC Comics. Every week, Josh toils away to distill our nonsense into the show notes you love.

@DoctorDCMay 17
@ComicsBookcase Absolutely! We did a whole episode about it with @AlexJaffe (the biggest 52 fan ever).