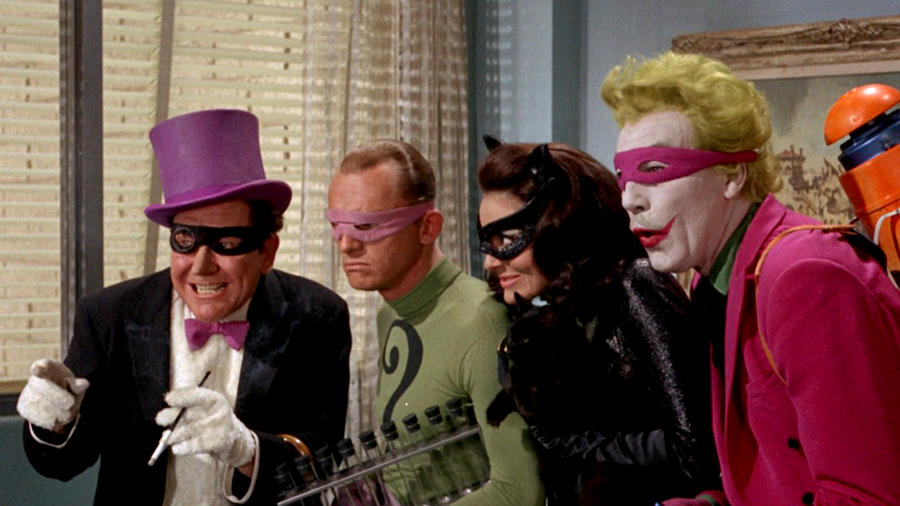 In this issue we talk about the campy 60’s Batman – from the series to the movie to the tie-in comics!

We are joined by special guest Jordan Morris (Jordan Jesse Go!) to discuss the classic movie, and other usages of this iconic version of the Dynamic Duo!

(1:26) Jordan’s history with comics and Batman

(36:08) Grant Morrison’s idea that the 60’s version of Batman is the result of being gassed.

(51:23) Which Batman character should have been included in the show?

(58:15) What creative team should write Batman vs Godzilla?

The Caped Crusader: Batman and The Rise of Nerd Culture