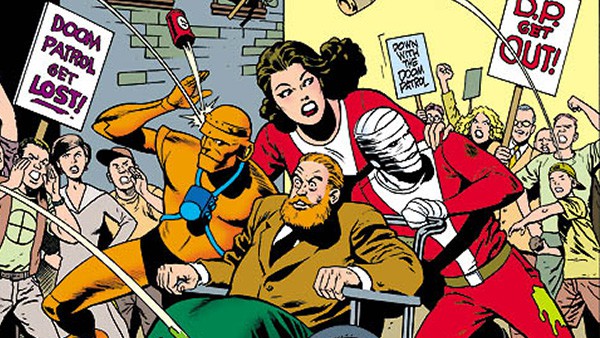 You sent so many questions that this week we again talk all about the world’s strangest heroes: the Doom Patrol!

(12:54) Any other DC characters that could work in a Doom Patrol story?

(21:52) Is Casey Brinke supposed to be a manifestation/incarnation or a creation of Danny the Street?

(39:21) Create a new character that would fit on the Doom Patrol.

(42:38) Will Fugg and Hank be invited to join the Legion of Super-Pets?

(47:56) Which heroes or teams have crossed paths with the Doom Patrol?

(51:52) Who should be the next creative team for the comics?

(1:01:58) What makes the Morrison run the definitive Doom Patrol run?

(1:10:40) Would the team have chosen a different name if they knew what DP would come to stand for?

Doom Patrol: Weight of the Worlds