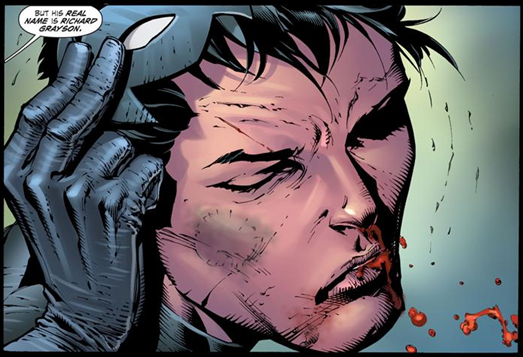 In this week’s issue, we talk secret identities. We discuss whether it’s the person in or out of the cape and cowl who counts, the times when people find out who’s behind the mask, and why superheroes have a disguise at all? But first we see what new in DC news. Are they retconning Poison Ivy in Gotham? Will Zachary Levi do a good job captaining the marvel of a movie known as Shazam! Listen in to find out more!

Identity Crisis – Mini-series exploring issues of trust and secrets, as well as the protection of identity, within the Justice League

Adventure Comics vol. 1 #452 – Black Manta removes his helmet and reveals that he is, in fact, black

Black Canary vol. 4 – A 12-issue series in which Dinah tours as the eponymous lead singer of the band “Black Canary”

Batman vol. 1 #47 – After learning Batman’s identity, Joe Chill is killed by criminals who blame him for creating the superhero

@DoctorDCApr 07
We may be biased, but we think you should do it! https://t.co/gUJySovdCV

@DoctorDCApr 06
@CinemaSimpleton I’m tempted not to believe things like this are pranks because...well I don’t really see how it is… https://t.co/VkadgUZz1w