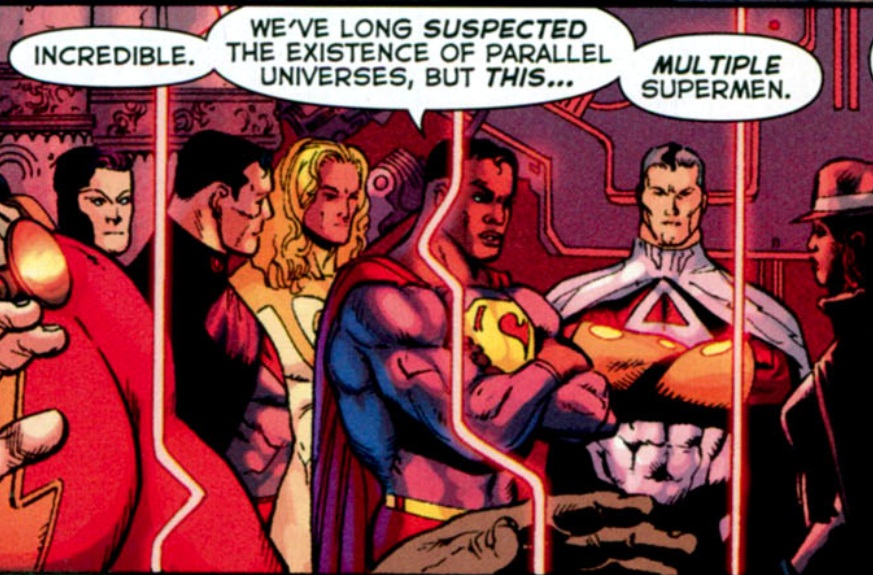 This week is all about alternate timelines, parallel Earths, and possible futures! But first we talk DC news, with so much afoot in the world of the new Shazam! movie. All this and more…

The Kingdom vol. 1 #2 – The concept of Hypertime is first introduced

Action Comics vol. 2 #9 – This issue takes place on Earth 23, following the adventures of President Superman as he fights the monster Superdoomsday from Earth 45

Kingdom Come – On this world, Superman comes out of retirement to put an end to the violence of a younger generation of heroes, and their battle nearly devastates the planet

Justice Society of America vol. 3 #9-22 – “Thy Kingdom Come” storyline, in which the Earth-22 Superman tries to prevent the events of Kingdom Come from transpiring on Earth-1

Gotham by Gaslight – Taking place in the Victorian era, this story imagines Batman investigating the Jack the Ripper murders

Justice League 3000 vol. 1 – A genetically engineered version of the Justice League is created in a 31st-Century where the Legion of Super-Heroes does not exist

The New 52: Futures End – Batman Beyond is sent back in time to prevent the rise of Brother Eye and the machine apocalypse of the future

Justice League vol. 3 #26-31 – The “Legacy” story arc, in which the children of the Justice League from a possible future come back in time to prevent their future from ever existing