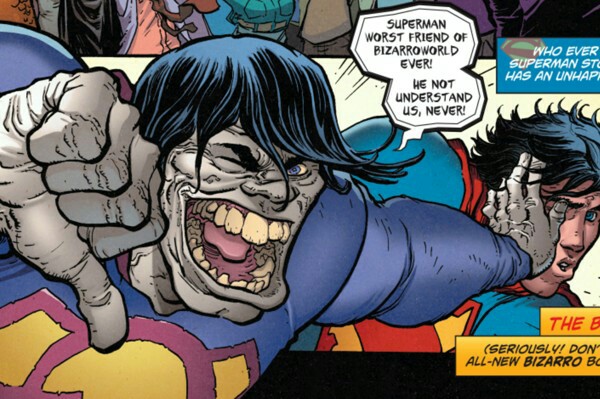 In this issue we talk all about the characters or schemes that began with good intentions but went horribly wrong. But first we discuss the latest in DC news, with first reviews of Justice League, Mera getting her own solo title, sexual allegations in DC’s top management, and Brian Bendis moving to DC! This week surely packs a punch and MORE…

Action Comics vol. 2 #40 – Superman finds himself in the Bizarro universe of Earth 29, where he teams up with Bizarro to defeat Doomsday

Superman: Doomed #1 – Superman defeats Doomsday and consumes all of the Doomsday spores to save the people of Earth, causing him to slowly become the monster

The New 52: Futures End #0 – In a possible future, Brother Eye succeeds in eliminating superhumans by assimilating them into his cyborg collective

Crisis on Infinite Earths #7 – Pariah’s experiments to witness the creation of the universe unleash the Anti-Monitor, and result in his own travelling the Multiverse only to see the destruction of each world he visits

Titans Hunt vol. 1 – The original Teen Titans are brought together and made to remember their secret history, which had previously been missing in the New 52

Titans vol. 3 – The original Wally West returns from the Speed Force and warns the Titans that a much bigger threat has been altering reality, including erasing parts of the Titans’ own history