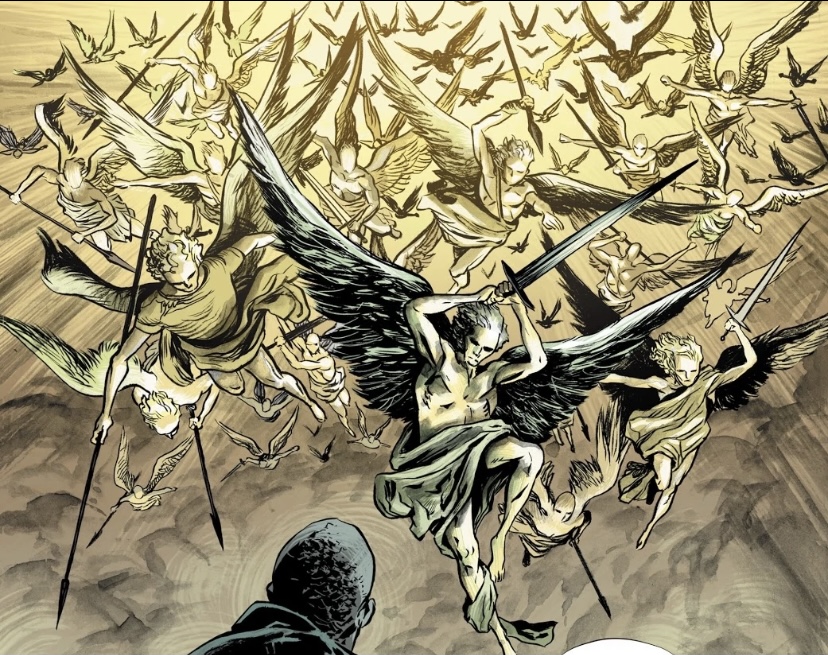 This week we talk all about Heaven in the DC Universe!

From the realm of Heaven to angels to other celestial powers.

(22:48) Who is the most overrated/underrated heavenly character?

(28:09) Does the type of afterlife a character ends up depend on their faith?

(36:36) Are there any prevalent characters where religion is a major part of their character?

(45:16) Have any characters that returned from the dead experienced heaven?

(48:32) Did Jonathon Kent meet Superman in heaven when Superman died?

(53:32) Are there angels that were created just for story purposes that are not part of actual myth?

(59:06) If heaven is outside the Sphere of the Gods, does everyone from other universes go there?

(1:10:34) In a universe with literal angels and demons, why aren’t more people Christians?

(1:24:47) Is the Presence being portrayed as a Scottish Terrier smart or just dumb?  Who has had conversations with the Presence?

(1:32:29) Is it true that Morrison put Zauriel in the JLA because they couldn’t use Hawkman?