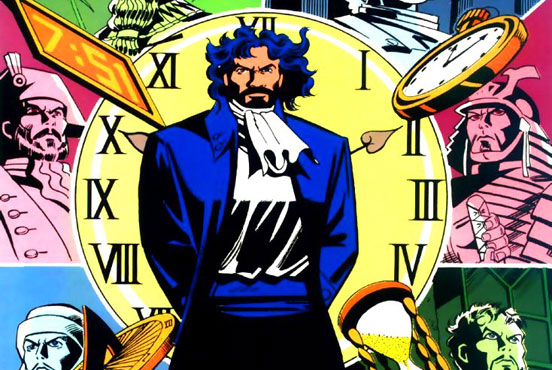 In this week’s issue we talk immortality in the DC Universe. We discuss the difference between those who can’t die and those who can live forever. From Maltusians to Earth’s Mightiest Mortal Shazam! We run the gamut of your favourite forever living heroes and villains. But first we talk about all the latest and greatest in DC news! We get our first image of Bizarro Boy, new details revealed about Damon Lindelof’s Watchmen TV series, and Harley Quinn is getting an “adult” animated series. All this and more on a podcast that won’t die and in an episode that feels like it lives forever…

Green Lantern: Ganthet’s Tale – Ganthet recounts the early days of the Guardians of the Universe, from Maltus to Oa and beyond

Green Lantern vol. 4 #19 – The origin of the Zamarons, who leave their Maltusian brethren and found the Star Sapphire Corps

Flash vol. 1 #137 – Vandal Savage tells of his origin, and his many historic roles throughout his immortal life

Final Crisis #6 – Batman kills Darkseid by shooting him with a radion bullet, a substance lethal to the race of New Gods

Starman vol. 2 #72 – Ted Knight, the Golden Age Starman, comes out of retirement and sacrifices himself to save Opal City from his old archenemy, the Mist