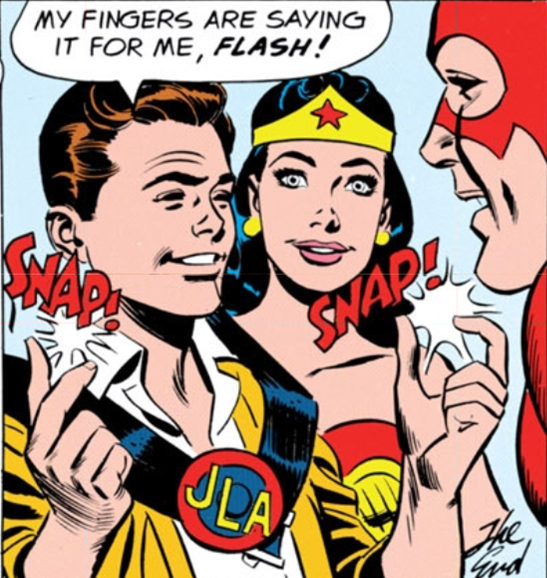 This issue we kick-off DocMas, our 12 issues of Christmas! We go through some of the amazing listener questions sent in.

Prescribed Reading from Issue #27:
Brave and the Bold vol. 1 #28 ? 1st appearance of Snapper Carr, the non-powered sidekick to the original Justice League
Flash vol. 1 #110 ? Wally West gains access to the Speed Force when he is struck by lightning and doused in the same chemicals that made Barry Allen the Flash, becoming the first Kid Flash
Convergence: Booster Gold #1-2 ? This two-issue tie-in series follows the exploits of both the pre- and post-Flashpoint Booster Gold
Aquaman vol. 5 #5 ? The first cover appearance of Aquaman’s full 90’s gladiator look. Also, the first solo Aquaman comic I ever read
The New 52: FCBD Special Edition #1 ? The New 52 origin of The Question, in which he is a magic-based character and member of the Trinity of Sin
Showcase vol. 1 #66 ? The first appearance of Mike Maxwell, also known as the chimera-creating B’Wana Beast
SHOW NOTES (courtesy of Josh Gill)