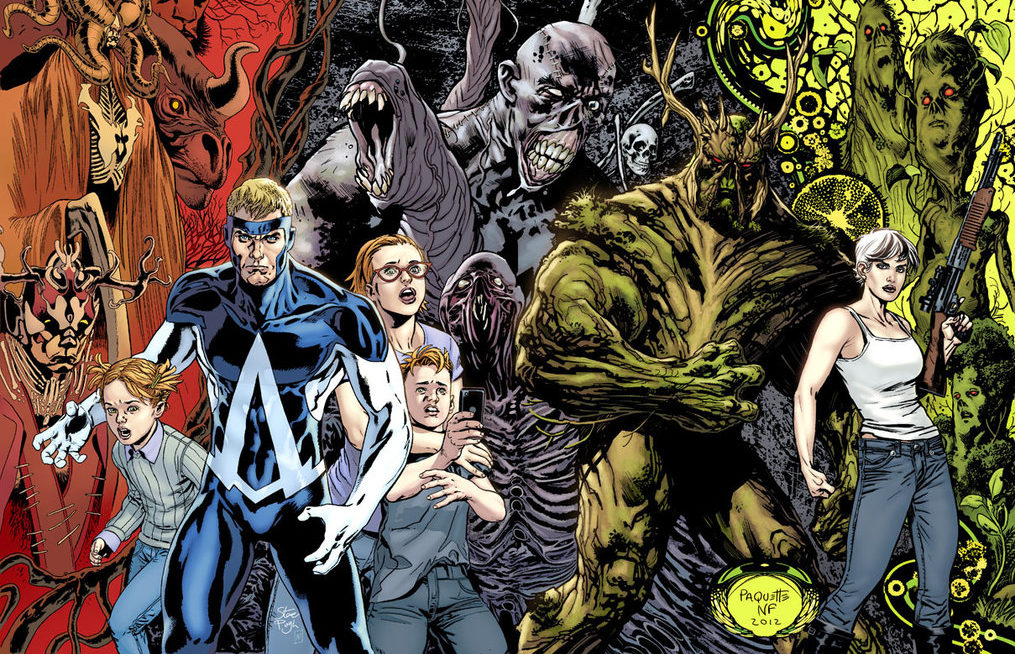 This issue we breeze into the third episode of DocMas, our 12 issues of Christmas! We talk about desert island comics, ideal creative teams, and what movies we want in the DCEU!

Superman For All Seasons ? This four issue miniseries takes the perspective of four different characters relevant and close to the life of Superman

The Killing Joke ? Alan Moore’s acclaimed and problematic graphic novel which explores a potential origin of the Joker and infamously crippled Barbara Gordon

Superman: Red Son ? In this Elseworld story, Superman crash lands in the USSR and is raised under the principles of the Soviet Union

Blackest Night ? This eight issue event series, and its tie-ins, chronicles the rise of the Black Lantern Corps, which reanimate the dead in order to exterminate all emotion (and therefore life) in the universe

Final Crisis #6 ? The Tattooed Man, usually a criminal, is made an honorary member of the Justice League in order to help fight Darkseid’s Justifiers

SHOW NOTES (courtesy of Josh Gill)
Shazam adds Jack Dylan Grazier
Other than the already slated heroes, which characters do you think they will add to the DCEU roster after Green Lantern?
Who would you pair to write/draw a Doctor Fate/Swamp Thing mini series and why is it Jeff Lemire?
Ragman greater than Sagman?
Do you have a go-to book that is your definitive story?
Geoff Johns did quite a bit with Star Sapphire, Black Hand, Sinestro, Hector Hammond, etc., what character(s) from the Silver Age GL’s rogue gallery would you bring back?