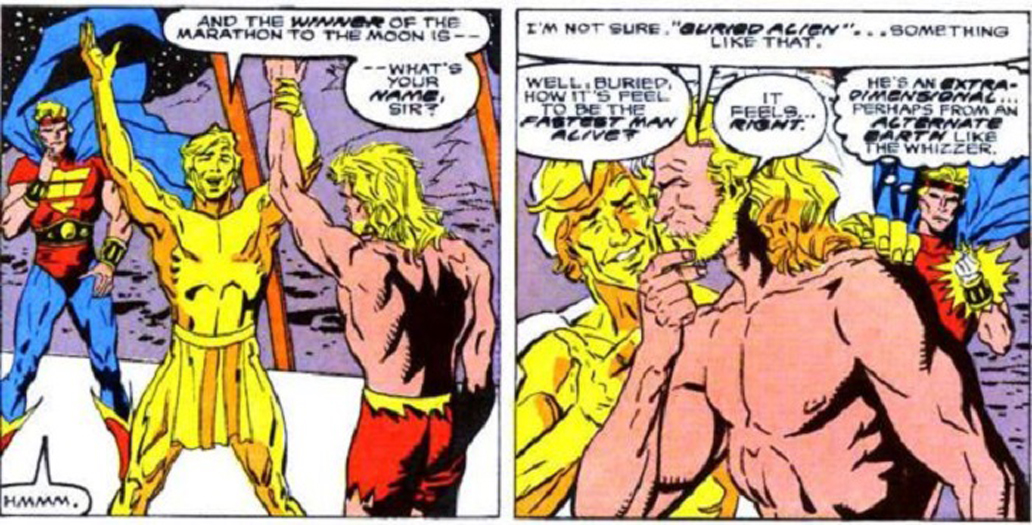 This issue we are joined by our good friend Alex the Boy as we fall into the fifth episode of DocMas, our 12 issues of Christmas! We discuss Batman Beyond, Marvel crossovers, and characters we cannot stand.

The New 52: Futures End #45 – Frankenstein dies after having been brought to “life” by the Nth metal in Hawkman’s arm

Quasar vol. 1 #17 – Marvel Comics steals the Flash when a mysterious blond speedster, dubbed “Buried Alien”, appears in a tattered costume with no memory of who he is

Justice League vol. 1 #5 – Guy Gardner tries to fight Batman for control of the Justice League and Batman knocks him out with one punch

Flash vol. 4 #21 – Bar Torr finally meets Barry Allen and discovers that they are not related after all

Robin vol. 4 #23 – The 1st appearance of Killer Moth after he sold his soul to Neron and mutated into his Charaxes form

SHOW NOTES (courtesy of Josh Gill)
Injustice 2 Atom Gameplay Trailer
Grunts
Scooby Too meets Batman
What is the deal with Terry McGinnis in modern DC?
Use your MD powers to bring back Seven Soldiers of Victory.
Is there a Marvel character that you would like to bring in to the DCU?
We know Colin has a healthy dislike for Superman, are there any characters that the Doctor and Richard hate?
Can you define or characterize each Earth GL as you see them?