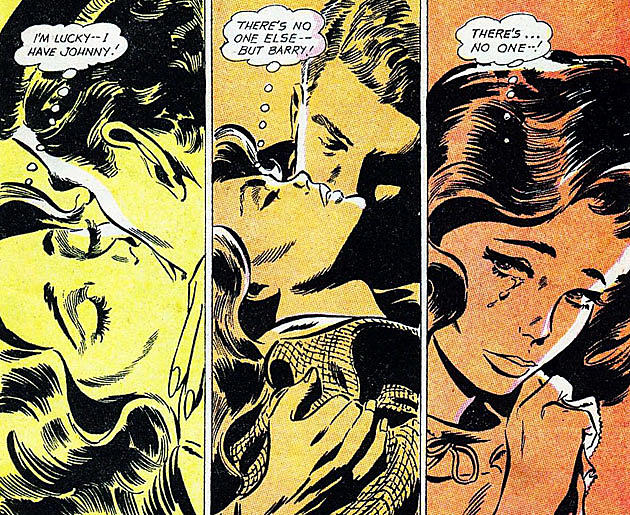 This week we swoon over our guest Lindsey Tyne Johnson as we talk about her and DC’s relationship with romance comics! Where did they come from? Who were they for? Are they still around? All these questions and more get answers on this weeks issue!

For more about Lindsey go to www.lindseytynejohnson.com

Young Romance vol. 1 #1 – Created by Joe Simon and Jack Kirby, this was the first ever romance comic book, and launched the entire genre.

Heart Throbs vol. 1 #41 – One of the earliest DC romance comics to feature the Comics Code Authority seal on the cover.

Superman’s Girl Friend, Lois Lane vol. 1 – Early stories in this Lois Lane solo series were centred on her romantic interest in Superman, often with her competing for his affections with Lana Lang.

Young Romance vol. 1 #189 – The Doctor’s first-ever romance comic, featuring stories and a quiz to score how independent a woman you are.

SHOW NOTES (courtesy of Josh Gill)
Lindsey Johnson
Intro
Young Romance
What is your experience with romance comics?
Best piece of love advice you’ve seen in a romance comic?
Were there ever on-going storylines?
How explicit do they get given the era?
Is the genre still in existence?
Did superheroes ever show up in romance comics?
Is there a place today for romance comics?
21st Century romance comics
Slash fiction/Fan fiction
Sequential Crush