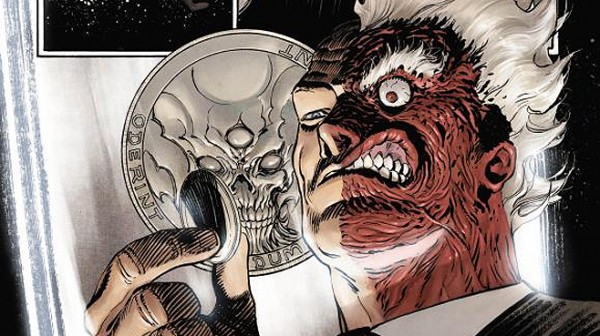 In this week’s issue we talk all about good and evil in the DC Universe! From the banal to the existential, all questions in this issue are about the nature of right and wrong. Last week we gave Colin a reading assignment, this week we see how this issue pales in comparison to pantheon of paper before it. But before all this, we talk all that has happened in DC news!

The Spectre vol. 4 #5 – Adjusting to his new role as the Spectre, Hal Jordan tries to change his mission from vengeance to redemption by attempting to heal Harvey Dent of his Two-Face persona.

Batman vol. 1 #612 – Bruce admits that Superman can be trusted because deep down Clark is a good person, where Bruce believes himself not to be.

Green Lantern vol. 2 #16 – The 1st appearance of Carol Ferris as the Star Sapphire, originally a villain.

Suicide Squad vol. 1 #5 – In this issue, it is revealed that each time June Moone releases the Enchantress, the evil succubus gains more and more power.