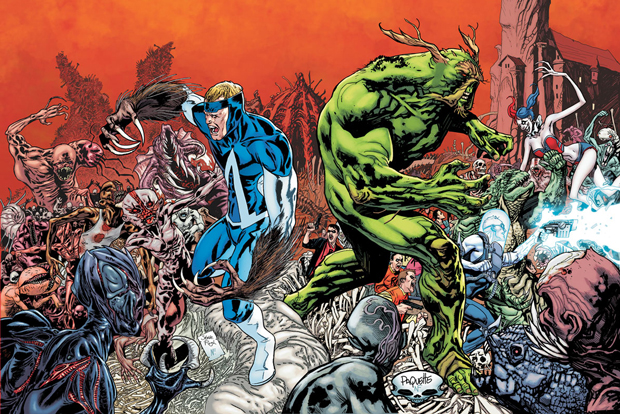 In this week’s issue we’re talking all about the natural kingdoms of the DC Universe!

The Green, The Red, The Rot, and everything else is up for discussion! You break out your questions about these natural kingdoms and their avatars, and we answer them! But first we discuss the latest in DC news

(23:43) Legion of Doom is Coming to Justice League

(46:53) If all the current avatars were to sever their connections, who would you like to see become the new avatars?

(51:53) What do you think of Charles Soule run of Swamp Thing adding Machine and Bacteria?

(55:48) Poison Ivy evolving from a gimmicking villain to an anti-hero with ties to the Green.

(1:03:52) Has there ever been reference to these realms existing on other worlds?  Have they ever been connected to our own?

(1:10:37) How does the Morphogenetic Field actually work?