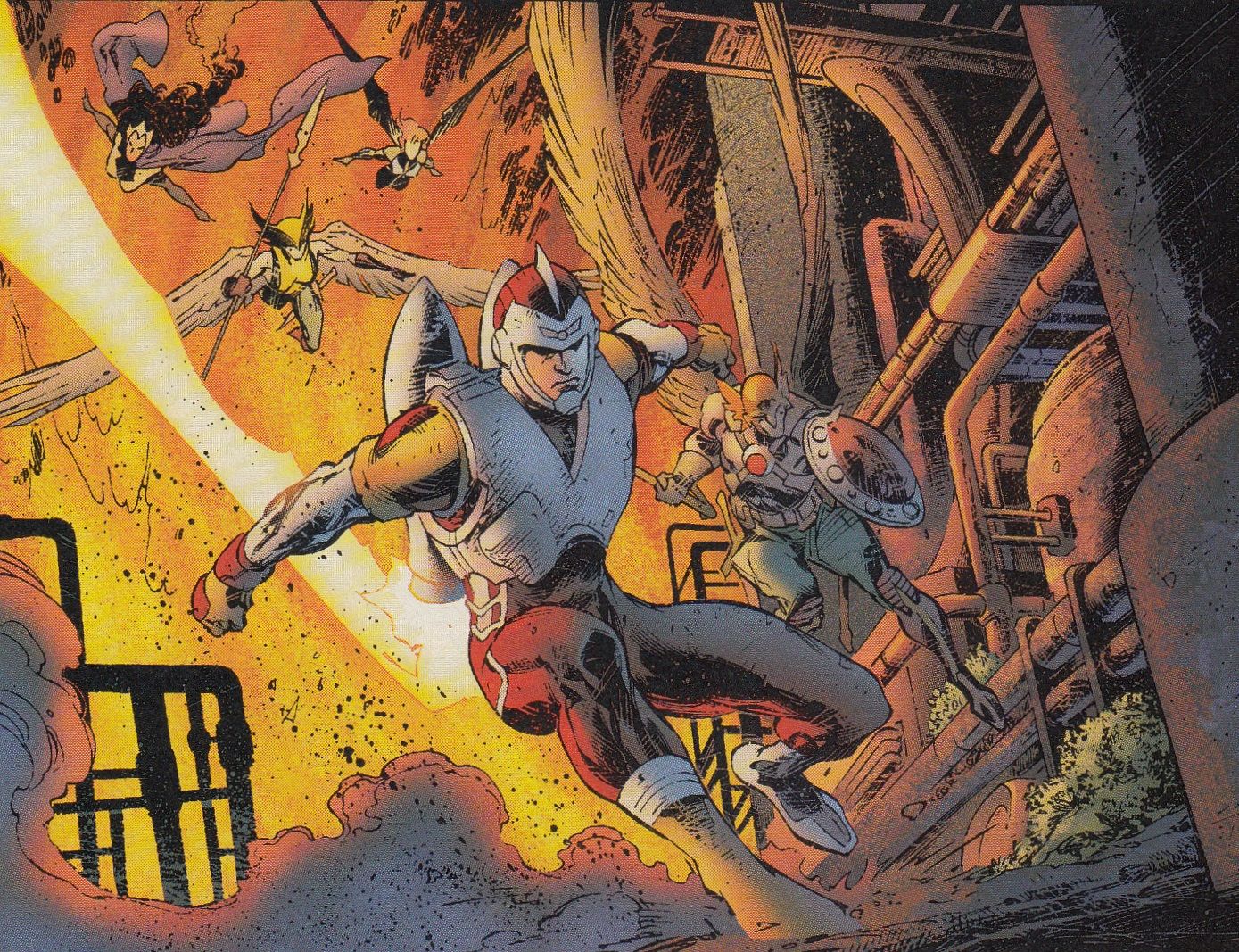 Following the tragic loss of our co-host in a freak dirigible accident, this week’s issue explores the outer reaches of the universe and those adventurous spacefaring characters of the DC Universe! But first we dive into the news that’s fit to print.

(43:36) Didn’t a Thanagarian blood cult convince the populace that Rann was to blame for the planet for falling in to a star?

(54:20) Why does Earth have so many Green Lanterns?  Which one spends the most time in space?

(1:12:57) The Wanderers origin and how they tie in to Legion continuity.

(1:15:53) Are there any Green Lantern stories that take place in Earth’s sector that does not involve Earth?

(1:29:33) Why didn’t Kryptonians abandon their planet and live somewhere with a yellow sun?