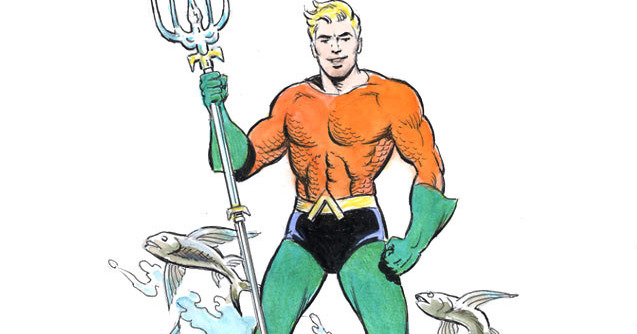 In this week’s issue we talk all about Aquaman! That’s right, we take on the sea king for our first episode of 2019!

(10:25) Armie Hammer Discusses The Batman That Almost Was

(12:48) New Behind the Scenes Video of Swamp Thing

(14:44) DC is Working on a 2-Part Adaptation if Batman: The Long Halloween

(30:02) If every superhero was wiped out except for Aquaman, could he simultaneously be both the best and the worst superhero?

(37:14) Are there Aquaman villains that don’t have water ties?

(46:39) Are Aquaman’s powers tied to the Blue?  How does the Blue intersect with the Red and the Green?

(51:25) Can Aquaman’s water hand dehydrate people by touching them?

(59:05) What villain would you like to see more than Orm or Black Manta?

(1:02:27) Is there a reason Aquaman can talk to fish while other Atlanteans can’t?  Why did he have a water hand but couldn’t bend water like Mera? Thoughts on introducing the water hand in to the movies?

(1:12:25) Does Black Manta being given a name diminish him as a villain or humanize him?

(1:20:59) Response to all those suckas out there that called Aquaman for all those years.

(1:27:21) The relationship and events that led to Aquaman’s and Vulko’s current relationship.

(1:32:07) What led to Aquaman’s hand being cut off and how did it progress through its forms?

Aquaman: Death of a Prince

Spider-Man: Into The Spider-Verse