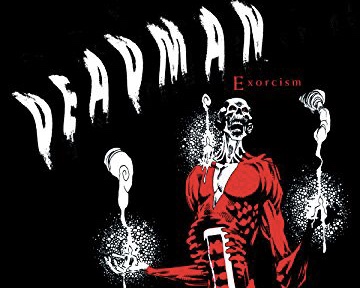 In celebration of Hallowe’en, and to conclude Doctober, in this very special issue the Doctor and Producer Richard talk all about the very spooky two-issue series “Deadman: Exorcism”.

(22:58) Deadman sits on a church, steals a charm, and more metal heads in the woods.

(25:45) Ann Wallechinskie releases some spirits and the metal heads get possessed.

(34:38) Opening the second issue with a recap of the previous book.

(36:10) Deadman faces off the Reverend and Phantom Stranger fights the Iroquois Chief.

(37:52) Something is wrong with Deadman, Phantom Stranger tells the therapist to fix it.

(40:13) Centurion, Phantom Stranger, and Ann go to hell to stop the Iroquois Chief.

(43:09) The demons are defeated and Deadman gets prescribed therapy by Rama.