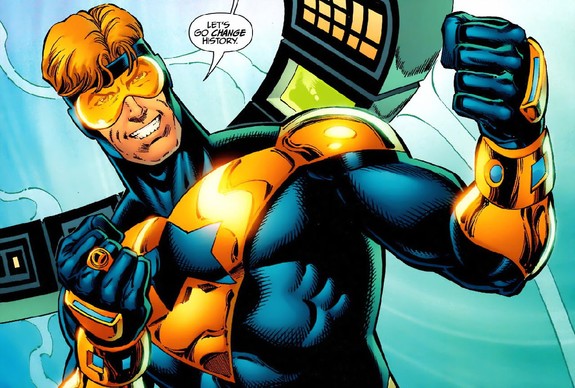 People are prone to worship. This is an observation that, of course, can be disputed or contested to some degree, but the circumstantial evidence in our daily lives speaks pretty strongly in support of this position. Military, religious, political, scientific, and social leaders are placed on a pedestal and idolized by their followers and others for their respective achievements or for the way in which they conducted themselves. In many cases, these figures merit some degree of that worship – they may have prevented atrocity, promoted human rights, or developed tools for change and progress. They are an inspiration to those who will come afterward. Sometimes, those on the wrong side of history are worshipped by those who wish to perpetuate hate and violence, but even then -in the eyes of the followers- that worship has been earned. And to those who oppose the views of a given individual, their vehemence in proving them wrong or discrediting them only strengthens them as an idol; placed on a pedestal from both sides, as a symbol of heroism or villainy. All the same, we are no strangers to the idea of worship.

And so it should come as no surprise that, in a world full of heroes and villains with extraordinary powers, the worship heaped on them is equally amplified. The most prolific exploration of this idea of “hero worship” exists in the fundamental relationship between Superman and Lex Luthor. Superman’s extraordinary powers and desire to help and protect others have made him the champion not only of Metropolis, but the entire world. A giant, golden statue of him was raised in Centennial Park in Metropolis following his death at the hands of Doomsday – a symbol of the selflessness of a life spent serving a planet and people that were not his own. And Luthor hates him for it. Lex Luthor has seldom been after world domination – what he craves is Superman’s idol-status. It incenses him that an alien is humanity’s champion, and even more that he is not recognized for his own amazing gifts – his superior intellect and scientific/technological prowess.

But a hero was introduced after the Crisis on Infinite Earths storyline that turned the notion of hero worship on its head. His name is Booster Gold.

Booster Gold is an average man from the 25th Century; a promising young football player who loses his chance at that life when his father convinces him to throw games for money. Working as the night watch at a superhero museum, he has the idea to change his fortunes in life by going back in time and becoming a hero – with the sole purpose of landing endorsements and making a comfortable living off of his own fame. With the aid of a security robot named Skeets (who becomes his sidekick in the 20th Century), they steal artifacts from the museum which are the source of Booster Gold’s powers (a Legion of Super Heroes flight ring and a Brainiac-5 force-field generator) and travel back in time. Upon arriving, Booster Gold uses knowledge of the past and future-tech to stop the assassination of the President in Metropolis, and instantly becomes famous for the act and, as predicted, lands numerous endorsements and movie deals.

As the first major new character introduced post-Crisis, this origin story established Booster Gold as the DC Universe’s means of exploring the issues of wealth and fame, and more precisely the idea of meriting either of them. Through the early days of Booster Gold’s run, he remains fairly one note, constantly showing up in the nick of time and very easily “saving the day” simply by knowing where to be and having the technology available to him. But where Booster Gold becomes truly fascinating is when the façade cracks and he must discover what being a hero is truly about.

There are a number of events that lead him down this path. The death of his sister, Goldstar, and the death of his good friend the Blue Beetle (Ted Kord) are both traumatic events that shake Booster’s naïve view of what it means to be a superhero. In fact, through his solo adventures and his time with the Justice League, Booster Gold has possibly faced more personal tragedy than any other superhero (in that condensed amount of time). In addition to those two losses, he has had his future tech destroyed, has nearly been killed, has fought his own father, and has lost his arm, after which he was forced to constantly wear a life-support suit. He has been violently awoken to the realization that the status of idol does not come lightly: heroes are not defined by their victories so much as they are their defeats, and the sacrifices and losses they have made in the process.

But perhaps the most potent images in all of Booster Gold’s history come from his time post-Justice League. After leaving the League due to being ostracised for his former theatrics and “hollow” heroism, he forms his own organization of superheroes called the Conglomerate, whose funding is entirely private. Despite him wanting the team to be a legitimate heroic organization, they are often caught in a conflict of interest with their sponsors who do not always have the common (or even greater) good in mind. In fact, the team’s major sponsor at one point recruits a number of members from an alternate dimension in order to compete with Justice League International, only for it to be later revealed that they are all members of the Crime Syndicate – evil counterparts to members of the Justice League from the antimatter Earth-3. This amoral nature of the money behind the team mirrors an event shortly after Goldstar’s death, where Booster’s wealth comes under the control of a disguised Manhunter, who siphons funds in order to gain leverage over Booster Gold so that he will do his bidding.

Booster Gold, recovering from his amputation by Devastator – DC Comics

In both cases, Booster Gold’s original metaphor comes to full fruition. He was brought into the DC Universe as a symbol of false idolatry; of worship misplaced and of the unfortunate truth that merit is not a quality that is easily quantifiable. This is never more clear than when Booster’s own reputation and wealth come back to bite him – excluding him from the higher ranks of the Justice League and compromising his increasingly clear desire to be a real hero. Upon arriving in the 20th Century he effectively demanded fame and praise, which were heaped on him early after some modest successes. But as time carried on that same fame and the wealth made it necessary for him to take on bigger and bigger challenges in order to be deemed worthy of the disproportionate worship he had already received. His reputation was a monster of his own creation, and in some ways is partly responsible for the deaths of Goldstar and Blue Beetle, as well as his near-death experiences with both Doomsday and the Devastator.

But through his numerous personal tragedies in the 20th Century, he has grown out of the one-dimensional need for worship and has discovered that the heroes (and villains) that are held on high are there for a reason. More than their extraordinary abilities or their achievements, they are held up because of what they believe in. People are worshipped because they come to represent a cause, an ideal, a goal for all of humanity to strive towards, and whether the goal is good or evil, that idol has dedicated, or rather sacrificed, themselves to achieve it.

Ultimately, Booster was forced to embrace his tattered reputation and lack of respect in order to disguise the fact that he was time stream’s greatest protector. Being seen as a joke and as a lesser hero was the cover necessary to conceal his true heroism in the fight to preserve all of time. Effectively, in order to become the type of hero that would be legitimately and rightfully idolized, Booster had to publicly appear incapable of such a feat.

Though still held at arm’s-length by other heroes for his past behaviour, Booster Gold’s journey through the pitfalls of fame and worship have seen him come out on the other side as a fuller person, finally freed of his lost potential in the 25th Century, and able to inspire others to great deeds in the present.

**This article was originally published on Modern Mythologies. Some edits have been made to this version.