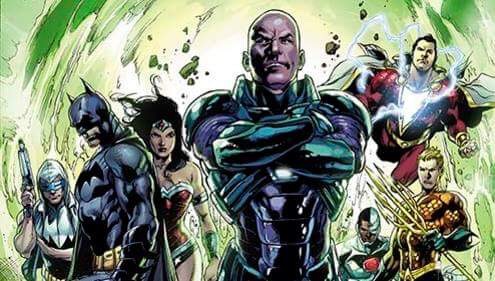 Posted at 17:53h in Episodes, Uncategorized by admin 0 Comments
0 Likes

In this issue we ring in the new year! This week we are talking about second chances, bad guys gone good, good guys gone bad! Can these capes and cowls change there stripes, and for how long? But first we talk all that has been missed in DC comics, movies and TV news. All this and more in the newest issue of the Doctor DC Podcast!

Zero Hour #1 – Parallax reveals himself as the mastermind behind the time crisis, using Extant as his minion

Flash vol. 2 #31 – Pied Piper reforms and becomes a hero when he teams up with the Flash to defeat the Comforter

Countdown to Infinite Crisis #1 – Maxwell Lord is revealed as the mastermind behind the OMAC Project and kills Ted Kord, the Blue Beetle

Action Comics vol. 1 #560 – Ambush Bug, who has been a villain/antagonist until this point, finally appears as a hero trying to impress Superman

Batman: Gotham Knights vol. 1 #61-65 – This arc explores Poison Ivy’s relationship to the orphans she “adopted” and protected during the events of “No Man’s Land” as well as her subtle shift to protagonist

SHOW NOTES (courtesy of Josh Gill)
Legion of Superheroes premiers on Supergirl
Disney purchased Fox
Doomsday Clock ticking close to Golden Age and JSA
Killing Joke confirmed as part of Rebirth Continuity
Aquaman Images
WB release first look at Hawk & Dove
Geoff Johns to remain as DC films co-head
Patty Jenkins
Keanu Reeves
Arrow Cannot Use Deathstroke
Diana’s brother
King Arther fights to take back Atlantis
DC and WB have plans to bring the Question into DCEU/DCAU
http://comicbook.com/dc/2017/12/21/dc-comics-the-question-tv-show-movie/
Second Chances
Are there any heroes you can imagine turning bad for a while?
Before the New 52, Piper was handcuffed due to the Trickster and ended up being outed and going good.
Max Lord
Injustice League, Justice League Antartica
Current JLA and Luthor.  Outside of Major Disaster (pre-Flashpoint), has any villain ever turned hero and not gone back to being a villain?
In the past, Batman and the Flash have had the most villain-turned-hero stories, other than Pied Piper, Clayface, and Riddler, have there been any other villains that have been good for a long time?
What minor villain do you think would be the most interesting to see reform into a hero?