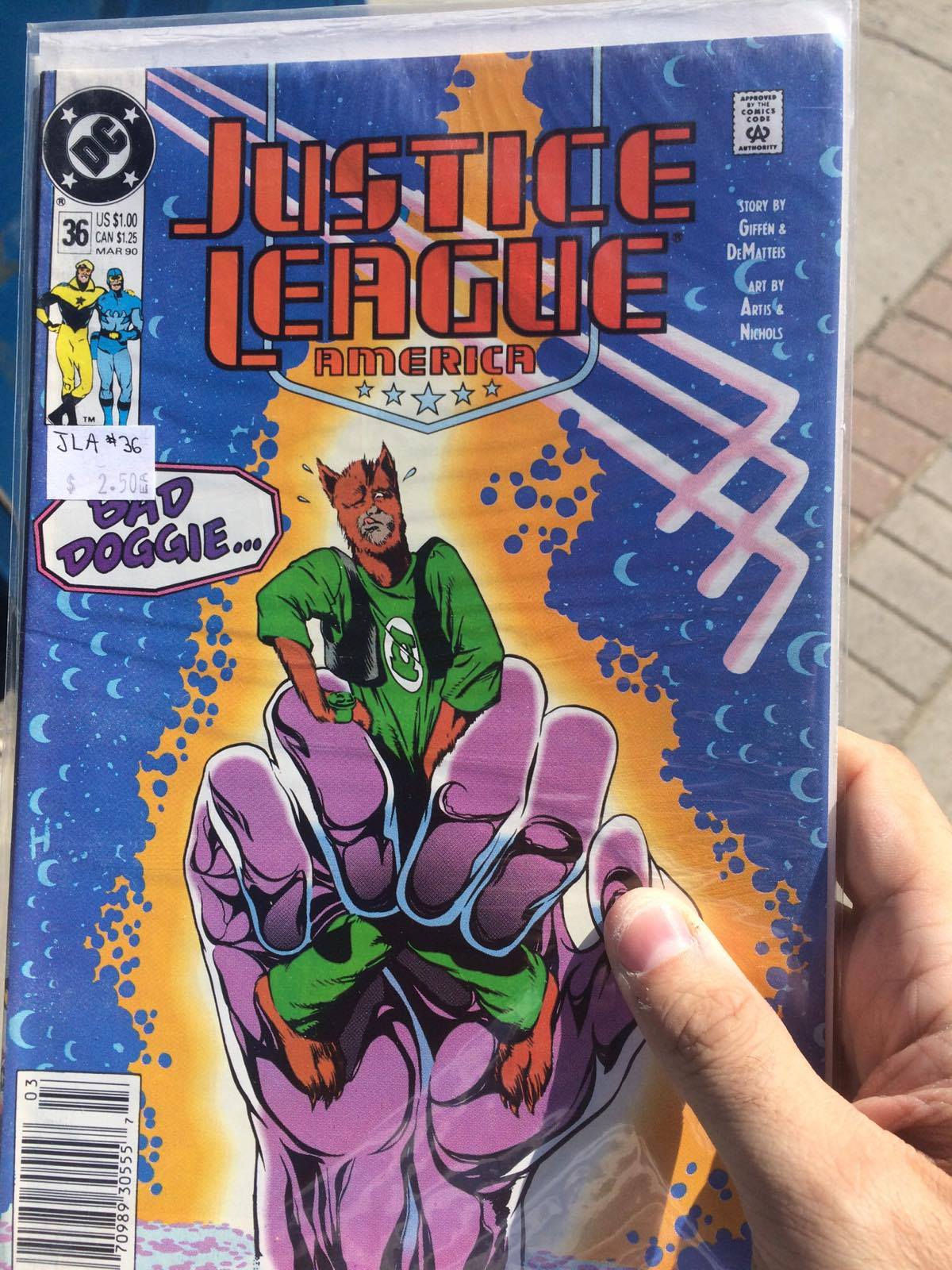 If you’ve already listened to Issue #10, then you know a little bit about G’Nort, the dog-like member of the Green Lantern Corps best known as the most incompetent ring-slinger in the universe. He’s a comically inept character and a remnant of a very comedic and silly era of Justice League comics.

So imagine my surprise not two days after recording the episode when I find this gem at my local comic book shop: 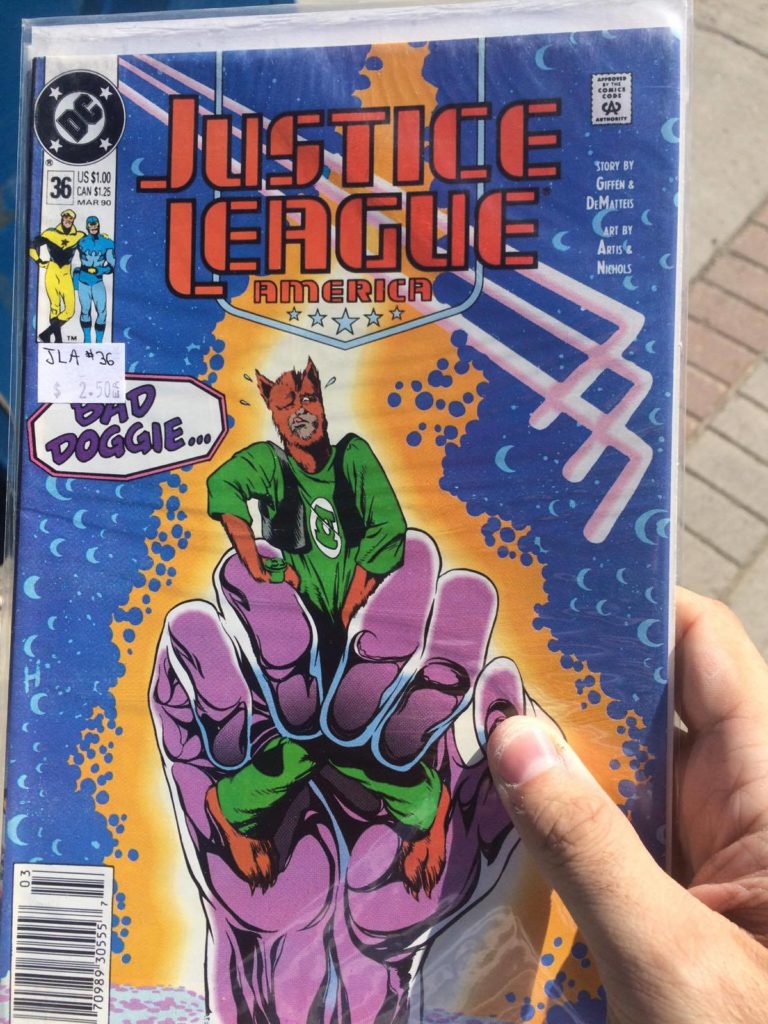 That’s right, Fate (Doctor or otherwise) placed Justice League America vol. 1 #36 – a rare G’Nort-centric issue – in my path and so I was compelled to buy it. Allow me to give you a quick run down of the highlights. 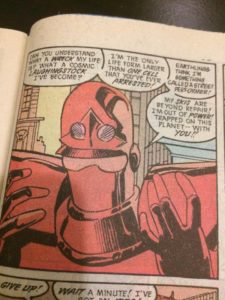 G’Nort just wants to spend time with his JLA pals and be a helpful team member, but all of them rightfully dismiss him. After all, he is a terribly poor Green Lantern. Meanwhile, G’Nort’s archenemy, the equally untalented Scarlet Skiier, has been released from intergalactic prison and comes after G’Nort for revenge. After failing to kill G’Nort, the Scarlet Skiier is so depressed at his own lack of skill/talent/honour that he tries to kill himself by jumping off a building, a feat at which he is also unsuccessful because of an untimely intervention by G’Nort.

This is a funny story, but it’s also got a seriously dark undertone. On the one hand, you have G’Nort who is unaware of how disliked and disrespected he is, which is sad in its own way; but on the other hand you have the Scarlet Skiier who knows full well how low he must have sunk to be repeatedly defeated by someone as incompetent as G’Nort. And ultimately, he isn’t even afforded the dignity of ending his life on his own terms. That is an almost unbearably dark sentiment to find in such a silly issue.

I’m not always a huge fan of this era of the Justice League, sometimes referred to as the “Bwahaha Justice League” because of its silly and comedic tone, but seeing the Scarlet Skiier sink so low was a surprisingly nuanced piece of writing.

Maybe G’Nort is good for something after all.

@DoctorDCJul 11
Get rid of @Mitografia and all his upcoming @DCComics projects for supporting such a heinous bigot as EVS. https://t.co/eRNGkU3kPQ